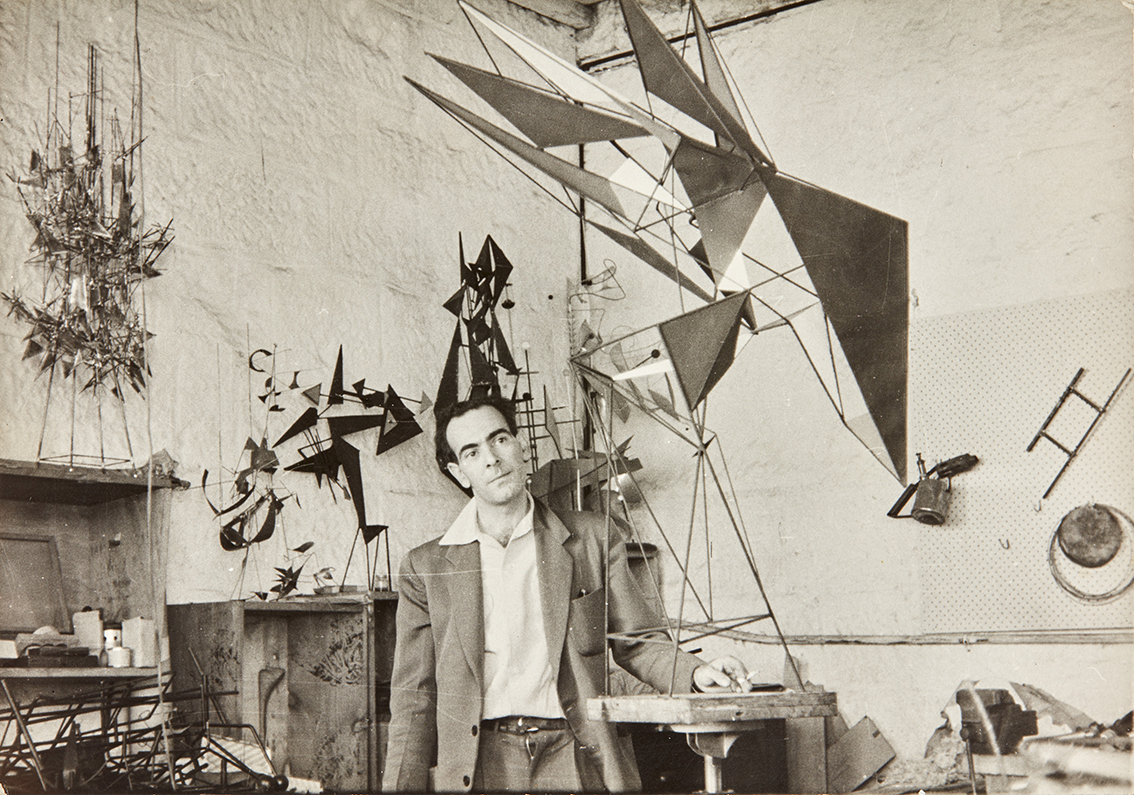 ASSEMBLED: The Art of Robert Klippel

‘Everything I see, no matter what it is,
I weigh up its sculptural possibilities.’
Robert Klippel, 1948

ASSEMBLED: The Art of Robert Klippel presents more than one hundred works by one of Australia’s most significant twentieth century sculptors, Robert Klippel (1920–2001), the tireless inventor who experimented with unusual materials, techniques and dramatic variations in scale.

Klippel is regarded as a giant of Australian art, and having associated with Henry Moore, Eduardo Paolozzi and André Breton in the late 1940s, during his time in New York in the 1950s he became a member of ‘The Club’, the highly influential artist group founded by Willem de Kooning and Jackson Pollock.

The exhibition highlights three major aspects of Klippel’s six decade-long career: the Surrealist-inspired sculptures and drawings made in London and Paris during the late 1940s; the ‘assemblage’ works including his so-called ‘junk sculptures’ of the 1960s and 70s; and his late timber works that often used brightly coloured machine pattern-parts.

Seeking to find what he described as the ‘interrelationship between the cogwheel and the bud’, Klippel drew upon a deep understanding of nature and the man-made world of machines to develop a distinctive three-dimensional language. Drawing on this personal vocabulary of form and shape, he worked intuitively, combining rhythm, movement, weight, volume, proportion, tension, balance and texture in a dynamic dialogue to create a unique body of abstract sculpture.

Klippel’s major statement using junk metal, No. 247 Metal construction, comprises thousands of found typewriter parts, and was created over a period of three years between 1965–68. Regarded as a masterpiece within Klippel’s oeuvre and within twentieth century Australian sculpture, it brilliantly displays his ability to convey a sense of the natural world using materials that are entirely man-made.

Another exhibition highlight, No.1118 1995, consists of more than eighty small sculptures that exemplify Klippel’s constant experimentation and innovation. Working with an array of everyday materials including champagne bottle caps and wires, plastic toys and tea strainers, he assembled a field of tiny forms, none of which measure more than fifteen centimetres in height, painting each element in bright colours, so that it appears like a miniature adventure playground.

Curated by Kirsty Grant and organised by TarraWarra Museum of Art, ASSEMBLED: The Art of Robert Klippel brings together works from private collections as well as major public institutions including the National Gallery of Australia, Art Gallery of New South Wales and National Gallery of Victoria.

ASSEMBLED: The Art of Robert Klippel from TarraWarra Museum of Art on Vimeo.